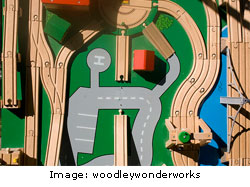 The incretin, glucagon-like peptide-1 (GLP-1), is an intestinal hormone that stimulates production and release of insulin from pancreatic beta cells. Consequently there has been considerable interest in mimicking the activity of GLP-1 for treatment of metabolic disorders such as Type-II diabetes and obesity. There are currently two approved classes of drug that modulate GLP-1 activity: analogues of GLP-1 and inhibitors of dipeptidyl peptidase IV (DPPIV). Analogues of GLP-1, such as the 39-residue synthetic peptide, exenatide, activate the GLP-1 receptor but are resistant to proteolytic cleavage by DPPIV. The gliptins, such as sitagliptin, inhibit DPPIV, extending the half-life of the natural hormone.

Researchers at Ecole Polytechnique Fédérale de Lausanne, in collaboration with the University of Perugia and Intercept Pharmaceuticals, have now published data showing that stimulation of TGR5, a G-protein coupled receptor, leads to release of GLP-1 in obese mice. The same group had previously demonstrated that activation of TGR5 in brown adipose tissue and muscle by endogenous bile acids boosted energy expenditure and reversed diet-induced obesity in mice.

In the current work the researchers used a combination of genetic gain- and loss-of-function studies together with the TGR5 agonist, INT-777, to show the link between TGR5 signalling and GLP-1 secretion. In vitro experiments with INT-777 in enteroendocrine L-cells confirmed the induction of GLP-1 secretion and that this was linked to increased intracellular ATP/ADP ratio and a subsequent rise in intracellular calcium mobilization.

The study, published in the September 2nd edition of Cell Metabolism, opens up a potential third route to modulation of GLP-1 activity and treatment of metabolic disorders.

One thought on “Another Way to Control GLP-1”