Hepatitis C virus (HCV) is one of the most important causes of chronic liver disease and infection can lead ultimately to cirrhosis and liver cancer. Current standard-of-care treatment – a combination of pegylated α-interferon and ribavirin – is unable to clear the virus in all patients and new antiviral agents designed to inhibit specific viral enzymes such as the protease, helicase and polymerase are being developed. Researchers led by a team at the Gladstone Institute of Virology and Immunology (GIVI) have now identified a human enzyme that is also needed for viral infectivity, a discovery that may offer a new strategy for treatment. The enzyme, diacylglycerol acyltransferase 1 (DGAT1), is one of two DGAT enzymes that catalyse the final step in triglyceride synthesis. HCV infection is closely tied to lipid metabolism and the Gladstone team showed that infection and replication is severely impaired in liver cells that lack DGAT1 activity: either RNAi-mediated knockdown of DGAT1 or treatment with a DGAT1 inhibitor was effective in limiting production of infectious viral particles. The team went on to show that DGAT1 interacts with the viral nucleocapsid core protein and is required for the trafficking of the core protein to lipid droplets. Knockdown of the other enzyme involved in triglyceride synthesis, DGAT2, had no effect on viral replication.

DGAT1 inhibitors are already being developed as treatments for type II diabetes and obesity and the new study, which is published in Nature Medicine, suggests that they may also be useful for treating HCV infection.

New research has shown that compounds that affect cellular energy status could also be used to treat hepatitis C virus (HCV) infections. Metformin, which is used to treat type II diabetes, and 5-amino-1-β-D-ribofuranosyl-1H-imidazole-4-carboxamide (AICAR), which has been shown to mimic the beneficial effects of exercise in mice, stimulate AMP-activated protein kinase (AMPK). AMPK is a key sensor of cellular energy status and regulates both lipid and glucose metabolism to maintain cellular energy balance and protect against metabolic stress. An increase in the AMP/ATP ratio initiates an AMPK-mediated switch from activities that consume ATP, such as lipid production, to activities that produce ATP, such as lipid and glucose oxidation.

Infection with viruses might be expected to activate AMPK because of the energy demands put on the cell by viral replication, but research led by scientists at the University of Leeds has shown instead that HCV switches off AMPK so that the cell continues to produce the lipids needed to provide new viral particles with a protective outer coat. When the team treated HCV-infected cells with metformin or AICAR, AMPK activity was restored and viral replication was inhibited.

The team plan to carry out a small scale clinical trial to investigate the effects of AMPK activators in HCV infection and hope that such drugs may provide much-needed new treatments for HCV.

The study is published in the Proceedings of the National Academy of Science.

Hepatitis C virus (HCV) is a leading cause of liver disease and the current ‘standard of care’ treatment, a combination of pegylated interferon-α and ribavirin, is expensive, can cause serious side effects and is only effective for some patients. There are at least 6 known HCV genotypes, with several subtypes and quasispecies within each genotype and these all respond differently to treatment – the combination of pegylated interferon-α and ribavirin is able to clear the virus from about half of patients infected with genotype 1 HCV. In the search for more effective treatments, a number of groups are developing compounds that specifically target HCV. Inhibitors of the viral NS3 serine protease and the NS5B4 RNA-dependent RNA polymerase have already entered the clinic and researchers at Bristol-Myers Squibb have now reported that a compound with a new mechanism of action, BMS-790052, led to dramatic reductions in viral load and produced few side effects in a phase I clinical study. BMS-790052 targets NS5A, an HCV non-structural protein that possesses no enzymatic activity and is thought to regulate viral replication and host cell interactions. The compound, which was identified using a chemical genetics strategy, is active at picomolar concentrations in vitro towards replicons expressing a broad range of HCV genotypes and acts additively to synergistically with interferon and other small molecule antiviral compounds.

The study, which is published in the journal Nature, provides the first clinical evidence that targeting NS5A may be an effective strategy for treating patients who are chronically infected with HCV. Future treatments for HCV infection may involve ‘cocktails’ of drugs that target specific stages in the viral lifecycle, just as HIV infection is managed now, although whether it will be possible to drop interferon from HCV treatment combinations remains to be seen.

Some 200 million people worldwide are estimated to be infected with the hepatitis C virus (HCV) which can eventually lead to cirrhosis, liver cancer, and in some cases, death. The current standard-of-care treatment for persistent infection – a combination of pegylated interferon-α and ribavirin – is able to clear the infection in around 50% of patients. In some patients, however, treatment is associated with haemolytic anaemia which may be severe enough to need dosage reduction or even discontinuation of treatment.

A team led by scientists at Duke University’s Institute for Genome Sciences & Policy (IGSP) have now discovered that loss of function mutations in the gene ITPA, which encodes the enzyme inosine triphosphatase, protect against the development of anaemia. Previous studies had identified the genetic variants with enzyme deficiency and, through a genome-wide association study, the Duke team were able to show that they were also protective against anaemia caused by ribavirin. The finding may offer new treatment opportunities for HCV patients with coronary artery disease or kidney disease who are often not treated with ribavirin because of fears that anaemia could exacerbate their condition.

Inosine triphosphatase deficiency was first recognised over 30 years ago and is not thought to be clinically important. A diagnostic test that could predict deficiency, and hence reduced susceptibility to ribavirin-associated anaemia, would allow broader treatment options for HCV patients. 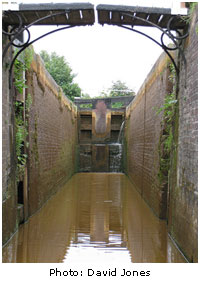 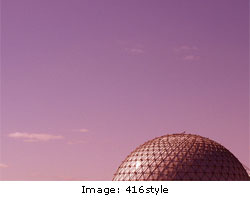 Globally, around 200 million people are infected with Hepatitis C virus (HCV). Infection generally leads to chronic liver disease, albeit over a period of decades, which can lead to cirrhosis, hepatocellular carcinoma and liver failure. Current treatment, a combination of pegylated interferon-α and ribavirin, is only effective in 50-85% of patients, dependent on viral genotype. Not surprisingly, much effort is being expended to identify new therapeutic interventions.

Study of the viral lifecycle has been difficult in the past since serum-derived HCV (sHCV) replicates poorly in primary human hepatocytes and hepatoma cells in vitro. Surrogate systems have been developed, however, that have enabled reproduction of all steps of the HCV replication cycle, including cell entry (recently reviewed).

Viral cell entry is still incompletely understood, but a new study from researchers at the University of Rennes 1 has identified host kinases involved in HCV infectivity. Using a small-interfering RNA (siRNA) library, the scientists have shown that knock-down of phosphatidylinositol 4-kinase type III-α (PI4KIIIα) prevents infection by either HCV pseudoparticles (HCVpp) or by cell-culture grown JFH-1-based HCV (HCVcc). A second PI4K-family member, PI4KIIIβ, also influenced cellular susceptibility to HCVpp infection and the ability of the cells to sustain HCV replication. These kinases may therefore represent new targets for HCV therapeutics.

The study is published in the FASEB Journal. 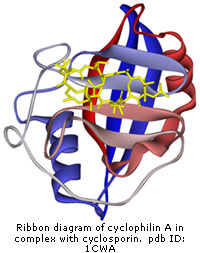