By far the majority of marketed drugs modulate the activity of proteins. Since the discovery of RNA interference (RNAi) over 10 years ago, a major goal has been to develop agents which will selectively block the synthesis of target proteins. Small interfering RNAs (siRNAs) occur naturally and are believed to have evolved as a defence mechanism against viral infection but synthetic siRNAs could potentially be used to silence any target gene. Although the idea is not conceptually difficult and many cancer-associated genes have been silenced in laboratory experiments, there have been a number of obstacles in developing RNAi for clinical use, not least of which is how to deliver the siRNAs to the target cells.

A team led by scientists and clinicians at the California Institute of Technology (Caltech) has now published the results of a small phase I clinical trial in patients with skin cancer showing that targeted nanoparticles can traffic into tumours and deliver siRNAs in a dose-dependent fashion when administered intravenously. The siRNA-containing nanoparticles used in the study are being developed by Calando Pharmaceuticals, Inc. and the technique used for detecting and imaging the nanoparticles inside cells from tumour biopsies was developed at Caltech. Although phase I studies are primarily designed as safety studies, the team was able to demonstrate that, in one patient who received the highest dose of nanoparticles, the target mRNA (M2 subunit of ribonucleotide reductase (RRM2)) had been cleaved at the predicted position and that protein levels had also been reduced.

Although more trials will be needed to show that such treatment is safe and effective, the study provides the first evidence that nanoparticles and RNAi can be combined to reduce expression of cancer-associated genes in human patients.

The results are published in the journal Nature.

Viruses are economical with their own genetic information, relying on requisition of host cellular proteins to complete their lifecycle. In a study to identify cellular proteins required by the H1N1 influenza virus, collaborators from Howard Hughes Medical Institute, Harvard Medical School, Massachusetts General Hospital, Yale Medical School, and the Wellcome Trust Sanger Institute have now made an unexpected discovery.

The research team set up large arrays of cultured human cells and used siRNA molecules to block expression of individual genes. They then examined the effect of the knockdowns on H1N1 activity by measuring changes in the presence of viral protein on the surface on infected cells. The work identified more than 120 genes which were required to be expressed for H1N1 infectivity but, surprisingly, also identified a class of genes that permitted greater influenza replication when they were blocked.

The proteins encoded by these genes were members of the interferon-inducible transmembrane (IFITM) family, IFITM-1, IFITM-2 and IFITM-3. These IFITMs were known to be produced at low levels in most cells, and at higher levels in cells exposed to immune-stimulating interferon, but their functions were poorly understood. Knockdown of IFITM-3, in particular, increased replication of H1N1 by 5 to 10-fold. Conversely, by over-expressing IFITM-3 the team were able to completely inhibit H1N1 replication.

To the researchers’ surprise, increased expression of IFITMs also blocked the replication of completely different viruses, including strains of West Nile and Dengue viruses. Although the proteins are not effective against all viruses, the discovery could lead to new antiviral therapeutics. Further work is required to elucidate the precise mechanisms by which the IFITMs exert their effects.

The study is published in the early online edition of the journal Cell. 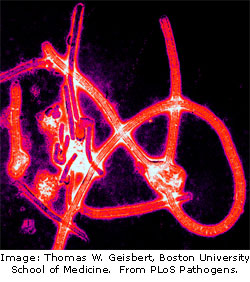 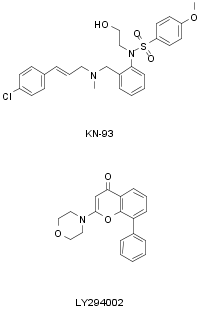 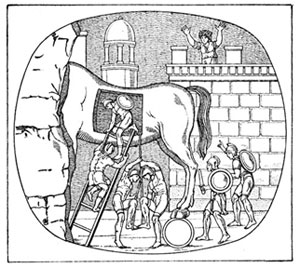 Although many studies have shown the potential for gene silencing using short interfering RNA (siRNA), a major hurdle to the therapeutic use of the technique has been the lack of effective delivery systems. Writing in the journal Nature, researchers at the University of Massachusetts Medical School now report a method of delivering siRNA to specific cell types following oral administration. The researchers exploited a characteristic of macrophages – the ability to engulf yeast particles – to deliver the siRNA. Macrophages are attractive targets for RNA interference therapy since they promote pathogenic inflammatory responses in diseases such as rheumatoid arthritis, atherosclerosis, inflammatory bowel disease and diabetes. Yeast particles were treated to remove components that would elicit an immune response to give β-1,3-D glucan, a polysaccharide formed from D-glucose, as the delivery vehicle. Oral delivery of β-1,3-D glucan-encapsulated siRNA particles containing as little as 20 µg kg-1 siRNA directed against tumour necrosis factor α (TNF-α) depleted messenger RNA in macrophages recovered from the peritoneum, spleen, liver and lung, and lowered serum TNF-α levels. The technique was also used to identify the mitogen-activated protein kinase kinase kinase kinase 4 (Map4k4) as a previously unknown mediator of cytokine expression. Silencing Map4k4 in macrophages protected mice from lipopolysaccharide-induced lethality by inhibiting TNF-α and interleukin-1β production. The siRNA-carrying particles were engulfed by macrophages in the gut and, over time, a large proportion of macrophages exhibited gene silencing, resulting in systemic immune suppression.

Quark Pharmaceuticals has recently announced that its partner Pfizer has begun a phase II clinical trial of a chemically modified small interfering RNA (siRNA) molecule in patients with diabetic macular oedema. PF-4523655 inhibits abnormal blood vessel growth and leakage independently of the VEGF pathway, reduces inflammation and suppresses apoptosis. Results from a Phase I/II trial completed by Quark on Pfizer’s behalf showed that PF-4523655 was safe and well tolerated in patients with wet age-related macular degeneration who failed to respond to currently approved therapies. The new trial will test the safety and efficacy of PF-4523655 compared with laser surgery.

siRNA molecules interfere with the expression of specific genes and there is currently much interest in using the technology to treat a wide range of diseases, although there are several challenges that must be overcome if exogenous siRNA is to become widely used.