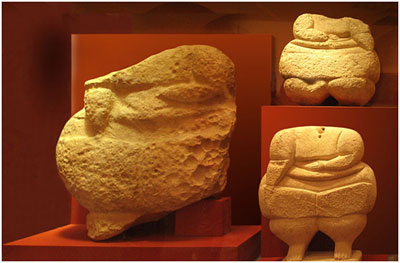 The nuclear receptor, PPARγ, has hitherto been regarded as the master regulator of adipogenesis, without which new adipose tissue cannot be formed. Adipogenesis plays a key role in obesity and associated metabolic diseases such as type II diabetes and the thiazolidines, which target PPARγ are widely used to treat type II diabetes. Researchers at the University of Central Florida have now discovered, however, that monocyte chemotactic protein-1 (MCP-1)-induced protein (MCPIP), can trigger adipogenesis without involvement of PPARγ. The authors had previously shown that binding of MCP-1 to its receptor, CCR2, leads to induction of the Zn-finger protein, MCPIP. In the present study, MCP-1 was found to be produced, and MCPIP to be induced, before induction of PPARγ or other transcription factors in fibroblasts undergoing differentiation into adipocytes. Knockdown of MCPIP using siRNA was found to inhibit both gene induction and adipogenesis whereas treatment with MCP-1 or forced expression of MCPIP induced adipogenesis. Forced expression of MCPIP was also shown to induce adipogenesis in PPARγ-/- mouse embryonic fibroblasts, further demonstrating that MCPIP can act independently of PPARγ.

Obesity is well known to increase MCP-1 levels and the finding that MCPIP is able to induce adipogenesis without involvement of PPARγ provides new mechanistic evidence for the role of MCP-1/CCR2 in obesity and type II diabetes. Since there is experimental evidence that MCPIP promotes angiogenesis, MCP-1/CCR2 interaction could promote the formation of new blood vessels to supply blood to growing adipose tissue as well as promoting development of the adipocytes. A drug that could block the function of MCPIP may thus have the potential to treat obesity and type II diabetes.

The study is published in the online edition of Journal of Biological Chemistry.

One thought on “New Insights into Adipogenesis”