Huntington’s disease is an inherited neurodegenerative disorder associated with mutations in the huntingtin gene on human chromosome 4. Although the functions of normal huntingtin protein are not entirely clear, it is known that abnormal huntingtin (mutantHtt, or mHtt) – and especially small proteolytic fragments of the protein – are toxic to neurons, particularly those in the striatum and cortex. Previous studies into the cleavage of huntingtin have focussed on the role of the cysteine protease families of caspases and calpains, but scientists at the Buck Institute for Age Research have now discovered that a metalloprotease also cleaves huntingtin into highly toxic fragments.

The team used a set of small interfering RNA (siRNA) pools targeting the 514 known and predicted human protease genes to identify those proteases involved in the cleavage of huntingtin. Eleven proteases were found to alter huntingtin fragment accumulation, and knockdown of the nine which are expressed in striatal cells significantly reduced huntingtin-mediated striatal cell death in a cellular toxicity screen. Amongst the proteases associated with huntingtin cleavage were three metalloproteases, MMP-10, MMP-14 and MMP-23B. Subsequent experiments showed that only MMP-10 directly cleaves huntingtin, suggesting that knockdown of MMP-10 reduces toxicity by directly altering proteolysis of huntingtin whereas knockdown of MMP-14 or MMP-23B modulates toxicity indirectly through proteolysis of cytokines or components of the extracellular matrix. Whilst matrix metalloproteases are generally thought to be secreted as proenzymes which are processed to the active forms extracellularly, MMP-10 was found to be activated inside the cell and to co-localise with huntingtin, suggesting that cleavage may occur intracellularly.

The study, which is published in the journal Neuron, suggests a role for matrix metalloproteases in the progression of Huntington’s disease and that development of inhibitors of MMP-10 may be a useful therapeutic strategy.

Huntington’s disease (HD) is a genetic disorder caused by mutations in the huntingtin gene. The altered huntingtin protein (htt) causes gradual neurological damage; HD usually develops between the ages of 30 and 50 and symptoms get worse over the next 20 or more years. Defects in macroautophagy – a lysosomal system for removing toxic and unwanted proteins – have been suggested to play a role in the cell’s inability to clear mutant htt, but the exact mechanisms are poorly understood.

Researchers at the Albert Einstein College of Medicine have now shown that mutant htt interferes directly with the function of the autophagosome. Normally, cellular debris is sequestered in double-membraned autophagosomes and delivered to lysosomes for degradation following fusion of the vesicles. In cells from two mouse models of HD and in cells from people with the disease, fusion of the two vesicles and enzymatic activity of the lysosome were unaffected but mutant htt was found to stick to the inner membrane of the autophagosome and prevent normal loading of proteins destined for recycling. As a result, the autophagosomes are empty when they arrive at the lysosomes and cellular debris accumulates and probably contributes to cell death. Although defects in autophagy have been linked to other neurodegenerative diseases such as Alzheimer’s disease and Parkinson’s disease, the researchers believe that the defect in cargo loading seen in the present study has not been described before.

The study, which is published in Nature Neuroscience, also suggests that proposed treatments for HD which involve activating lysosomes are unlikely to be effective. Professor Ana Maria Cuervo, the senior author of the study, likened autophagosomes to ‘garbage bags’ and lysosomes to ‘garbage trucks’ – there is no point in more trucks if the bags are not being filled.

Results from a phase II trial of the experimental drug Dimebon (latrepirdine) in people with Huntington’s disease have provided indications that it may improve cognition. The drug, being developed by Medivation, Inc., is also in Phase III trials for Alzheimer’s disease. In July 2009, Medivation and Pfizer, Inc. launched a Phase III clinical trial (HORIZON) of the drug for Huntington’s disease.

Huntington’s disease is a progressive neurodegenerative disorder that impacts movement, behaviour and cognition, generally resulting in death within 20 years of the disease’s onset. The disease steadily erodes memory and ability to think and learn. Over time, this cognitive impairment contributes to the loss of the ability to work and perform the activities of daily life. There are no treatments current available that effectively alter the course of the disease or improve cognition.

We have previously reported on the potential for Dimebon in Alzheimer’s disease (July 2008, July 2009), where the ability of the drug to stabilise and/or enhance mitochondrial function is believed to be of benefit. Mitochondria are also thought to play a role in the development of Huntington’s disease, suggesting that Dimebon could also have utility in this condition.

“This is the first clinical trial that has focused on what is perhaps the most disabling aspect of the disease. While more investigation needs to be done, these results are encouraging and show, for the first time, a statistically significant benefit in terms of improved cognitive function in patients with Huntington’s disease.”

In the phase II study, the impact of the drug on 91 patients over a 90 day period was assessed. Half were given the drug and the other half a placebo. The patients were then evaluated using a cognitive tool called the Mini-Mental State Examination. This test – which is used by clinicians to evaluate the stage and severity of dementia and Alzheimer’s disease – consists of questions used to evaluate an individual’s orientation, memory, and ability to follow commands. The researchers found that the drug on average improved the scores of people taking the drug compared to those who received the placebo. Although the treatment had no significant impact on the Unified Huntington’s Disease Rating Scale (UHDRS) or the Alzheimer Disease Assessment Scale–cognitive subscale (ADAS-cog), the results support further investigation in Huntington’s disease.

Results of the study are published in the Archives of Neurology. 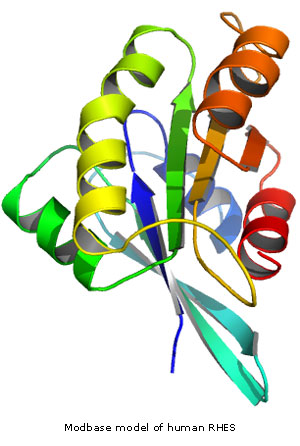 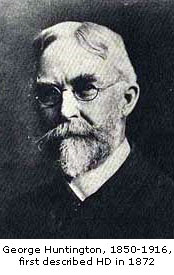 Huntington’s Disease is a hereditary neurological disorder caused by a fault in the gene that produces a protein called Huntingtin.

The function of Huntingtin is not clear, but the presence of abnormal protein increases the rate of neuronal cell death and gives rise to physical, cognitive and psychiatric symptoms. Personality or mood changes may be the earliest signs of the disease, followed by uncontrollable jerky movements (chorea) and problems with memory. Although there is no cure for Huntington’s Disease, tetrabenazine (Xenazine®) has been shown to substantially reduce chorea. The drug is currently licensed for the treatment of Huntington’s Disease in a number of other countries, and has now been approved for use in the US.