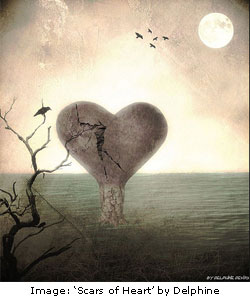 A number of organs, including the heart, have limited regenerative powers, but US scientists have now shown that fully differentiated cardiac muscle cells can be induced to proliferate and regenerate. Writing in the journal Cell, they show that the growth factor neuregulin 1, which plays a role in early development of the heart and nervous system, induces mononucleated, but not binucleated, cardiomyocytes to divide in vitro by acting on the receptor tyrosine kinase, ErbB4. In mice, genetic inactivation of ErbB4 was shown to reduce cardiomyocyte proliferation, whereas increasing ErbB4 expression enhanced proliferation. Following heart attack in adult mice, daily intraperitoneal injection of neuregulin 1 for 12 weeks led to regeneration of the heart muscle and improved function. Unlike the control mice, the treated animals showed reduced signs of heart failure such as left-ventricular dilation and cardiac hypertrophy. If the neuregulin/ErbB4 signalling pathway plays the same role in human heart muscle, stimulating proliferation of differentiated cardiomyocytes by activation of this pathway may provide an alternative to stem cell therapy to regenerate damaged heart muscle in patients with heart failure or children with congenital heart defects. Since ErbB receptor tyrosine kinases and neuregulins have oncogenic potential and may cause proliferation of other tissues, a full safety assessment would be needed before any clinical studies.

Neuregulin 1 has previously been associated with susceptibility to schizophrenia and has also been shown to protect neurones following stroke.