The emergence of drug resistance is one of the main causes of failure in cancer treatment and is one reason that cancer drugs are often used in combination. Resistance can also arise during the use of combinations of cytotoxic agents developed by trial and error but researchers at Fox Chase Cancer Center and Georgetown University have now developed a better way of selecting drug combinations based on molecular targets.

The epidermal growth factor receptor (EGFR) is a well validated molecular target and inhibitors are already used clinically for certain types of cancer. The team used siRNA to silence 638 genes known to encode proteins involved in the EGFR signalling network and identified over 60 proteins that can rescue cells in the presence of an EGFR inhibitor. Amongst these were three proteins for which drugs are already being developed: Aurora kinase A, protein kinase C, and STAT3. Aurora kinase A inhibitors are already being evaluated clinically and a trial testing the EGFR inhibitor erlotinib with an Aurora kinase inhibitor in patients with non-small cell lung cancer is being launched. A similar network-centred approach could be used to design other combination therapies to overcome resistance mechanisms in cancer.

The study is published in Science Signaling. 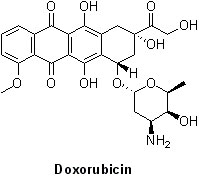