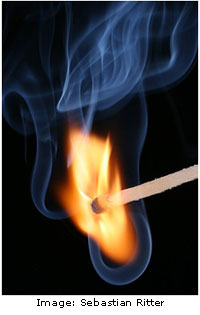 The incidence of gastroesophageal reflux disease (GERD) has increased significantly in the United States since the 1970s. The chronic inflammation associated with GERD can lead to the development of Barrett’s oesophagus, a precancerous condition that, in rare cases, leads to oesophageal adenocarcinoma. Despite extensive epidemiological investigation, the cause of GERD and the reasons underlying the increase in prevalence remain unclear. Researchers at the University of New York Langone Medical Center have now shown, however, that the condition is linked to a global alteration of the microbiome in the oesophagus. The team collected and sequenced bacteria from the oesophagus of patients with oesophagitis or Barrett’s oesophagus and compared these with samples from healthy individuals. Although it wasn’t possible to obtain a detailed picture of species present in low abundance, they found that streptococci predominated in healthy patients whereas samples from patients with oesophagitis or Barrett’s oesophagus were more diverse and contained more Gram-negative bacteria.

The study examined samples from only 34 individuals and it is not yet known whether the changes in bacterial populations seen in GERD patients are cause or effect, but if the changes in the microbiome can be shown by further studies to play a causal role in pathogenesis, it may be possible to design new treatments to treat this increasingly common disease.

The findings are reported in the August 1st issue of Gastroenterology.