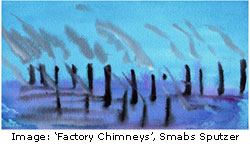 Whitehead Institute researchers have described a new drug discovery technique which uses yeast cells to both synthesise and screen novel compounds. Writing in the journal Nature Chemical Biology, the team have demonstrated that they can negate the toxic effects of α-synuclein in a yeast model that mimics much of the cellular pathology of Parkinson’s disease. α-Synuclein accumulates in vulnerable brain cells in patients with Parkinson’s disease, and the team had previously shown that yeast cells engineered to express large amounts of α-synuclein do not survive. In the new study, yeast cells were engineered to produce cyclic peptides – which target protein-protein interactions – and the α-synuclein was then switched on. The cells that produced cyclic peptides that protect against α-synuclein toxicity survived: the rest died. Out of a library of millions of cyclic peptides, only two were found to rescue yeast cells from α-synuclein toxicity. Although it is not yet clear how the cyclic peptides protect the cells – they were shown not to affect vesicle trafficking – both peptides share a structural motif with thioredoxins, proteins that act as antioxidants; metal transport proteins and proteins that regulate gene activity. The team are now working to determine the precise mechanism of action and to develop new analogues of the peptides.

In a follow-on study carried out by researchers at the University of Alabama, these two cyclic peptides were also found to protect dopaminergic neurones in a C. elegans model of Parkinson’s disease.

The new technique is rapid and inexpensive compared with other methods of lead discovery, and should be applicable to other diseases where key aspects of the pathology can be modelled in yeast or mammalian cells.