Tumour necrosis factor (TNF)-related apoptosis-inducing ligand (TRAIL) is one of several members of the TNF gene superfamily that induce apoptosis through engagement of death receptors. The protein is a potentially attractive treatment for cancer since it induces apoptosis in a variety of cancer cells. 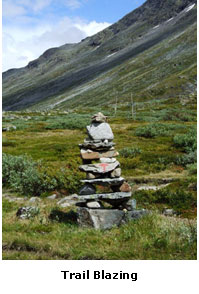 However, not all cells of a particular type react uniformly to anti-cancer treatments and, although a promising drug candidate, TRAIL is not 100% successful. Genetic explanations have been put forward to explain the differences in cell responses to treatment but a team of scientists at Harvard University wanted to investigate the mechanisms involved in more detail. They exposed both cancer cells and normal cells to varying concentrations of TRAIL and found that a proportion of them always survived. When the surviving cells were isolated, they and their immediate progeny remained highly resistant to the apoptotic effects of TRAIL for a short time. After reproducing for several days, however, the sensitivity of the cells to TRAIL reverted to that of the original colonies with around 90% of the cells dying and 10% surviving. Using a variety of imaging techniques, the team showed that levels of proteins involved in TRAIL-induced apoptosis were different in the sensitive and resistant cells, despite the fact that the cells were genetically identical. They found that the altered protein levels were initially inherited by progeny cells but that inheritance was transient. The initial differences in protein expression between the cells were completely random – cells do not produce proteins uniformly but rather in bursts, with the timing and level of production varying from cell to cell.

The findings offer an alternative explanation to the cancer stem-cell hypothesis about why some cells are more resistant to chemotherapy or radiation treatment and the team hope that the new insight may contribute to the design of more effective treatments.

The study was published online on April 12th in Nature.