Approved in 1995, glatiramer acetate (Copaxone®, copolymer-1) is a disease-modifying drug that has been demonstrated to reduce the relapse rate and progression of disability in relapsing-remitting multiple sclerosis (RRMS) patients. The compound is a mixture of synthetic peptides (50-90 amino acids) composed of alanine, glutamic acid, lysine and tyrosine. Originally developed to mimic myelin basic protein, a major component of the neuronal myelin sheath, it was intended for use as an inducer of experimental autoimmune encephalitis (EAE). The unexpected inhibition of EAE that was observed with glatiramer acetate led to clinical trials and subsequent approval for RRMS.

The efficacy of glatiramer acetate has been ascribed to an effect on the adaptive immune response, shifting towards a Th2 polarisation of myelin-specific T-cells. Further studies have demonstrated an immunomodulatory effect on monocytes, macrophages and dendritic cells. However, the full mechanistic picture is still unclear. 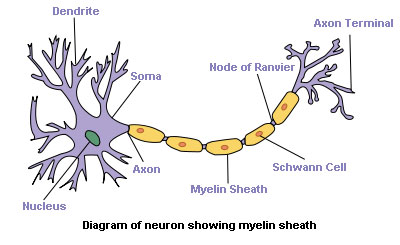 Collaborating scientists from the University of Geneva, Technische Universität München and University of California, San Francisco, have now demonstrated an effect of glatiramer acetate on the IL-1 system. Their research has shown that treatment with the polymer increases blood levels of secreted IL-1 receptor antagonist (sIL-1Ra), a natural inhibitor of IL-1β, both in RRMS patients and in EAE mice. In the same subjects, levels of IL-1β were undetectable. Additional in vitro experiments with T-cell contact-activated monocytes, a model relevant to chronic inflammation, showed that glatiramer acetate strongly reduced expression of IL-1β, whilst enhancing expression of sIL-1Ra. This is in contrast to effects in monocytes subjected to acute inflammatory conditions (stimulation with LPS), where glatiramer acetate increased production of both sIL-1Ra and IL-1β. The authors conclude that the effects on the IL-1 system in chronic inflammatory conditions contribute to the therapeutic effects of glatiramer acetate in RRMS.

The study is published in the online early edition of the journal PNAS.