The increasing incidence of type I diabetes underlines the importance of securing affordable sources of insulin. The first insulins to be used therapeutically were extracted from the pancreases of pigs and cattle but, since the 1980s, most of the insulin used has the human sequence and is produced by genetically modified bacteria or yeasts. In December, SemBioSys Genetics Inc announced that it had begun a phase I//II clinical trial designed to demonstrate the bioequivalence of its SBS-1000 insulin and two commercially available insulins. The trial, involving up to 30 healthy volunteers and taking place in the UK, will compare both insulin concentrations and effects on blood glucose levels. SBS-1000 insulin is prepared from proinsulin produced by genetically modified safflower plants and has been shown to be physically, structurally and functionally indistinguishable from pharmaceutical-grade human insulin by analytical testing and in pre-clinical studies. The trial is the first in which insulin produced by plants has been administered to humans, and full results are expected to be available during the first half of 2009. 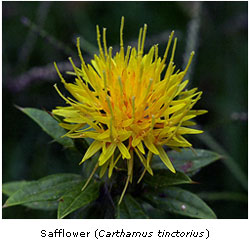 Some critics oppose the growing of genetically modified crops and believe that these pose a threat to livestock, wildlife and human health. If, however, the safflower-derived insulin is cheaper to purify – purification represents a significant proportion of the cost in manufacturing insulin by fermentation – the new technology could provide better access to insulin, especially for children in the developing world with type 1 diabetes.