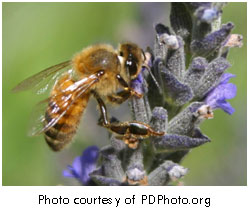 Two new analyses by Cochrane researchers suggest that honey may be more effective than conventional dressings as a topical treatment for burns. The first analysis looked at the results of 19 randomised or quasi-randomised studies that evaluated honey as a treatment for any sort of acute or chronic wound. Although all of the burns trials were carried out at a single centre, the authors concluded that honey may improve healing times in mild to moderate superficial and partial thickness burns compared with some conventional dressings.

A second analysis looked at data from 26 randomised controlled trials that evaluated the effects of burn wound dressings for superficial and partial thickness burns. Although most of the studies were considered to be methodologically poor, the use of silver sulphadiazine (SSD) bandages was found to be associated with delays in wound healing and increased numbers of dressing applications.