Transcription factors – proteins that bind to specific DNA sequences and promote or block transcription – are essential for correct regulation of gene expression. Since many transcription factors are tumour suppressors or oncogenes, and mutations are associated with the development of different types of cancer, they have been the subject of intense interest. As a class, however, they have proved to be difficult drug targets since the vast majority of transcription factors lack an appropriate binding pocket for targeting by small molecules and, since most are intracellular, they are not suitable for antibody-based therapies. A team of US scientists have now discovered a way to modulate activity of the transcription factor, Notch, which is often mutated or damaged in patients with T-cell acute lymphoblastic leukaemia (T-ALL). Abnormalities in Notch signalling also underlie a variety of other cancers, including lung, ovarian, pancreatic and gastrointestinal cancers. The structure of Notch binding to other proteins in the transactivation complex revealed a long shallow helical groove at one of the protein-protein interfaces, and the team designed compounds that bind in this region and prevent complex assembly. The compounds are ‘stapled peptides’, held in a complementary helical shape by hydrocarbon crosslinks. Experiments in cultured T-ALL cells, and in a mouse leukaemia model, showed that one of the compounds, SAHM1, was able to limit the growth of cancer cells controlled exclusively by Notch, but did not inhibit the growth of cells that were not regulated by Notch. At a molecular level, the peptide reduced expression of genes that are controlled directly and indirectly by Notch.

The direct inhibition of Notch did not produce the gastrointestinal toxicity which has been observed with inhibition of Notch processing by γ-secretase inhibitors, but further experiments will be needed to ensure that side effects are not caused by blocking this highly conserved and important signalling pathway.

As well as identifying a compound that inhibits Notch signalling, the work could also lead to inhibitors of other transcription factors that assemble in a similar way to Notch and are associated with conditions such as diabetes and autoimmune diseases. Despite being considerably larger than typical small molecule drugs, the ‘stapled peptides’ are able to penetrate cells since they are taken up by an active transport mechanism.

Aileron Therapeutics are spearheading the development of stapled peptides to modulate protein-protein interactions.

Scientists at Johns Hopkins School of Medicine set out to systematically map protein-DNA interactions across the human genome using a combination of bioinformatics and a protein-microarray strategy. Their exploration of the protein-DNA interactome identified over 17,000 interactions between 460 DNA sequences predicted to regulate transcription and 4191 proteins of varied functional classes. As well as finding known transcription factors (TFs), the work uncovered a large number of previously uncharacterised TFs. Of the unconventional DNA-binding proteins, over 300 exhibited sequence-specific DNA-binding.

One example of the sequence-specific DNA binders identified was ERK2 (MAP kinase-1), a serine/threonine kinase involved in cellular signalling. The Johns Hopkins team found that ERK2 is a transcriptional repressor of interferon-γ inducible genes and that this function is independent of its catalytic kinase activity. Whilst ERK2 has been extensively studied because of its importance in regulation of cellular proliferation, this unexpected additional role of ERK2 adds another level of complexity. Knowledge of the transcriptional repressor function may shed new light on knock-out experiments with ERK2.

The study, published in the journal Cell, examined only a fraction of the human proteome, raising the possibility that there may be thousands of proteins that also function as transcription factors. Certainly something else to consider in drug discovery when your enzyme inhibitor doesn’t do the same as the knockout! 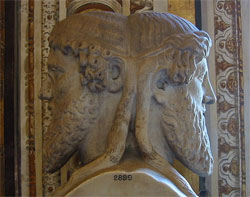