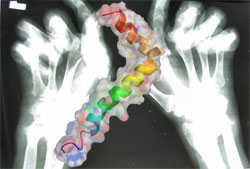 Although the exact causes of autoimmune diseases such as rheumatoid arthritis are unknown, tissue damage is mediated, at least in part, by the (inappropriate) action of effector T cells. Regulatory T cells are a specialised population of T cells which play a role in ‘self-tolerance’ by suppressing activation of other immune cells: genetic deficiency in regulatory T cells causes severe autoimmune disease in both mice and humans.

Researchers at NYU Langone Medical Center examined blood samples from 25 patients with rheumatoid arthritis and found that regulatory T cell function was inversely correlated with disease severity. The team have now discovered a way to enhance the activity of regulatory T cells which may eventually lead to new treatments for autoimmune diseases such as rheumatoid arthritis or inflammatory diseases such as Crohn’s disease.

In effector T cells, the calcium-independent protein kinase C, PKC-θ, localises at the site of contact between the T cell and the antigen presenting cell, placing it in the proximity of other enzymes that mediate T cell activation. When regulatory T cells become activated, however, the team found that PKC-θ is localised away from the point of cell-cell contact. In cell culture experiments, PKC-θ inhibitors were shown to boost the activity of regulatory T cells around 5-fold. One of the inhibitors was also shown to be protective in a mouse model of Crohn’s disease.

The study is published in Science Express and the PKC-θ inhibitors were provided by Boehringer-Ingelheim Pharmaceuticals, Inc. 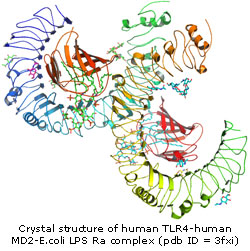 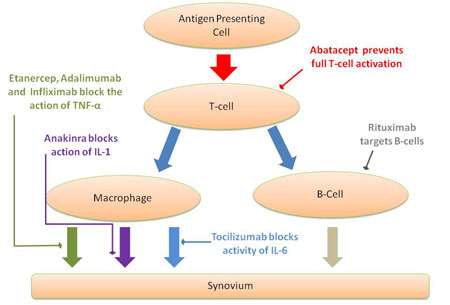