Neurons are particularly sensitive to the toxic effects of misfolded proteins and the accumulation of such species has been associated with neurodegenerative diseases including Parkinson’s disease, amyotropic lateral sclerosis (ALS), Alzheimer’s disease and transmissible spongiform encephalopathies (prion diseases). Hereditary protein conformational disorders such as Huntington’s disease are characterised by trinucleotide repeats that result in the insertion of poly-glutamine (polyQ) stretches which adopt β-sheet structures and make the protein prone to incorrect folding and aggregation. The ability to stabilise native protein conformations would likely prevent the neurotoxicity linked to misfolding and scientists at Duke University Medical Center have now discovered compounds that may be able to achieve this. Since increasing the levels of protein chaperones has been shown to suppress protein misfolding, the team focussed on identifying small molecule activators of heat shock transcription factor 1 (HSF1), the master regulator of protein chaperone gene transcription. HSF1A was discovered using a humanised yeast-based high throughput screen and shown to activate HSF1 in mammalian and fruit fly cells, to elevate protein chaperone expression, and to reduce protein misfolding. HSF1A was also shown to prevent cell death in polyQ-expressing neuronal precursor cells and to protect against cytotoxicity in a fruit fly model of polyQ-mediated neurodegeneration.

Previous screens that have identified activators of HSF1 have not been able to discriminate against compounds that promote HSF1 activation through the proteotoxic accumulation of unfolded proteins or through the inhibition of Hsp90, a central chaperone involved in cell growth, signalling, and proliferation. HSF1A is structurally distinct from other small molecule activators of HSF1 and, although the precise mechanism by which the compound activates human HSF1 is not yet understood, it could lead to new therapies for neurodegenerative diseases caused by protein misfolding.

The study is published in PLoS Biology.

Cystic fibrosis is an inherited disease that affects about 70,000 children and adults worldwide. The condition is caused by a mutation in the gene cystic fibrosis transmembrane conductance regulator (CFTR). Defects in the protein product – which transports chloride ions – lead to unusually thick, sticky mucus that clogs the lungs and also blocks the ducts of the pancreas, preventing digestive enzymes from reaching the intestine. The most common mutation, which causes a severe form of the disease, is a deletion of a phenylalanine residue at position 508 of the protein (DF508 CFTR) which results in the absence of CFTR protein at the cell surface. Current treatments for cystic fibrosis focus primarily on managing the symptoms and drugs that are able to restore function of DF508 CFTR protein at the cell surface, which would benefit the majority of cystic fibrosis patients, are not available. A new study by Scripps scientists working in collaboration with investigators from the US and Canada has now shown, however, that the HDAC inhibitor, suberoylanilide hydroxamic acid (SAHA), can restore about 28 percent of normal ion channel function to cultures of lung epithelial cells from patients with the DF508 CFTR mutation. The team speculated that mutant CFTR proteins – which could still provide some useful function – were being degraded by the endoplasmic reticulum and reasoned that modifying HDAC function might rebalance proteostasis networks in the cell to favour functional restoration. When the cells were treated with SAHA, DF508 CFTR was expressed at the cell surface at comparable levels to wild-type protein. Inhibition of HDAC7 appeared to be largely responsible for this effect although little is known about the physiological role of HDAC7. Since it is known that cystic fibrosis patients with 15-30% of normal CFTR function have milder disease, the level of functional restoration provided HDAC7 inhibition has the potential to provide significant benefit.

SAHA (vorinostat) is currently approved for the treatment of cutaneous T-cell lymphoma (CTCL), but the researchers caution that much more work will be needed before this approach can lead to new therapies for cystic fibrosis.

The study, published in Nature Chemical Biology, takes a new approach to drug discovery by targeting cellular proteostasis and could have application in numerous chronic diseases that are characterised by protein misfolding. 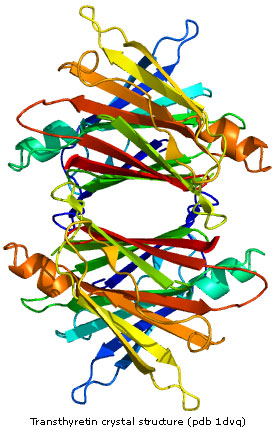 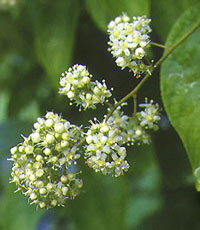