Inhibitors of 11β-hydroxysteroid dehydrogenase type 1 (11β-HSD1), a microsomal enzyme that converts cortisone into cortisol, are being developed to treat diabetes and metabolic disorders and now, in a study supported by the Wellcome Trust, researchers at the University of Edinburgh have shown that such compounds may also help to reduce – or even reverse – age-related memory loss. Such memory loss has been linked to increased activity of 11β-HSD1 and higher levels of glucocorticoids in the hippocamus, an area of the brain associated with memory.

Ageing mice display deficits in memory and learning similar to those experienced by some elderly people and life-long partial deficiency of 11β-HSD1 prevents this decline in transgenic mice. More surprisingly, improvements in memory – as judged by performance in a Y maze – were seen in mice after only ten days treatment with a selective 11β-HSD1 inhibitor, UE1961.

The team had previously shown that a non-selective 11β-HSD1 inhibitor, carbenoxolone, improves memory in healthy elderly men and in patients with type II diabetes after only one month of treatment. They now hope to complete preclinical assessment of the new compound and begin clinical trials within a year. The study is published in the Journal of Neuroscience.

The cognitive improvement in Alzheimer’s disease patients brought about by treatment with acetyl cholinesterase inhibitors has been largely attributed to enhanced M1-muscarinic receptor signalling. Recently, however, studies with M1-receptor knockout mice and with more selective M1-receptor modulators have suggested that this receptor may not directly mediate learning and memory.

A team led by researchers at the University of Leicester has now suggested an alternative mechanism involving the M3-muscarinic receptor which is widely expressed in many brain regions, including the hippocampus. M3-receptor knockout mice were found to show a deficit in fear conditioning learning and memory. A knock-in mouse strain expressing a phosphorylation-deficient receptor also showed a deficit in fear conditioning learning, indicating that the learning process involves receptor phosphorylation. Agonist treatment and fear conditioning training led to phosphorylation of the M3-receptor in the hippocampus, confirming the importance of receptor phoshorylation on learning and memory. The phosphorylation-deficient receptor was expressed normally at the cell surface and was able to signal via the Gq/11 calcium pathway, but was uncoupled from phosphorylation-dependent processes such as receptor internalization and arrestin recruitment. The study, which is published in PNAS, suggests that an M3-receptor modulator that enhances phosphorylation/arrestin-dependent (non-G protein) signalling may be beneficial in treating cognitive disorders. ‘Biased’ ligands – those able to direct signalling of GPCRs selectively through the phosphorylation/arrestin-dependent pathway – have recently been described for a number of other GPCRs. 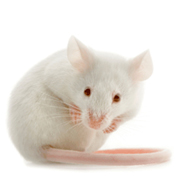