Photo Credit: C. Goldsmith, CDC The first treatments for HIV-1/AIDS targeted the viral enzymes, reverse transcriptase and protease; more recently, compounds that block viral fusion/entry have also been developed. HIV-1 regulatory proteins are considered to be more difficult drug targets, not least because ways to assay for activity are less clear, but researchers at the University of Pittsburgh have now described an assay for HIV-1 Nef and have identified compounds that block the function of this viral protein. The HIV-1 nef gene was originally believed to inhibit transcription and to be of little importance (hence ‘Negative regulatory Factor’), but the protein is now known to play key roles in viral replication and pathogenesis. Nef is one of the first proteins to be detected after infection of the host cell and has three main functions: it increases viral infectivity, down-regulates surface antigens, and alters signalling pathways to enhance survival of infected T-cells.

Nef binds to src family kinases via their SH3 domains and the Pittsburgh team have exploited Nef’s interaction with Hck (hemopoietic cell kinase) to develop an assay system suitable for high-throughput screening. In the assay, Hck activation is coupled to Nef, providing a direct readout of Nef activity. The assay was used to screen a library of 10,000 compounds biased towards kinase and phosphatase inhibitors, but also containing more diverse structures.

The 4-amino substituted diphenylfuropyrimidine, DFP-4AP, which is structurally related to a series of recently described protein-tyrosine kinase inhibitors, was found to be active both in the initial FRET-based assay and in a cell-based assay using U87MG astroglioma cells engineered to express the HIV-1 receptors CD4 and CXCR4. DFP-4AP blocked wild-type HIV replication in U87MG cells with an IC50 value in the low µM range, but had no effect on replication of an HIV-ΔNef mutant, even at 10 µM, indicating a requirement for Nef in the antiviral activity of the compound.

The study, which is published in ACS Chemical Biology, establishes that coupling of Nef to one of its known host cell targets provides a viable high-throughput screen which can be used to identify small molecule inhibitors. Including Hck in the assay may also induce relevant conformations of both Hck and Nef that are essential for small molecule inhibitor binding and function, an idea that is supported by the enhanced potency and efficacy of the inhibitors in the kinase assay when Nef is present. It may be possible to use a similar coupled protein approach to identify compounds that block the function of other HIV virulence factors and compounds which inhibit the function of Nef – or other virulence factors – could eventually become new weapons in the fight against HIV/AIDS.

Multidrug-resistant Gram-negative bacteria are a particular problem in both hospital and community settings and treatment is rendered more difficult by low intrinsic permeability to antibacterial compounds and by the presence of multidrug efflux pumps. The small number of molecular targets against which antibacterial compounds are directed is thought to have contributed to the emergence of multidrug-resistance but, despite much effort, only two new classes of antibiotics have reached the clinic in the past forty years. Connecting phenotype with mechanism in cell-based screening programmes has proved a significant challenge, but scientists at McMaster University have used high copy suppression to determine the cellular targets of new antibacterial leads identified by high-throughput screening. In this approach, the abundance of an essential target at high copy is believed to exceed the amount of available compound, leading to a suppression of a growth-inhibitory phenotype. The team used an array of E. coli clones over-expressing essential genes to screen for those that were able to suppress the activity of high-throughput screening actives. As well as discovering new chemical genetic interactions for some known antibiotics, the team identified MAC13243, a new antibacterial compound that interferes with the bacterial lipoprotein targeting pathway. MAC13243 inhibits the function of LolA, a key component of this pathway, which is present in Gram-negative (but not Gram-positive) bacteria, and is the first compound that has been shown to act via this mechanism. A small array of tetrahydotriazines was then prepared to explore structure-activity relationships around MAC13243. Key findings were that a Cl- or Br-substituent in the para-position of the thiobenzyl moiety is needed for good activity, and that potency is maintained if the dimethoxy-phenethyl group is truncated to a methyl group (Compound 19). Both MAC13243 and Compound 19 showed good activity against a number of Gram-negative bacteria, including clinical isolates, but had no impact on Gram-positive organisms, confirming their proposed mechanism of action. The effectiveness of MAC13243 was not impaired by over-expression of acrB, which encodes the most pervasive multidrug efflux system, suggesting that the compound may represent an excellent starting point for the development of new treatments for infections caused by multidrug-resistant Gram-negative organisms.

The study is published in the journal Nature Chemical Biology. 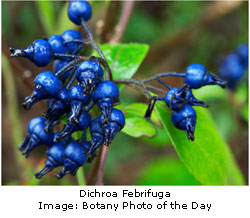