Last week it was reported that a daily (low) dose of aspirin can significantly reduce the risk of dying from a variety of cancers, and a study published in PloS Biology now opens a new window on the role of inflammation in cancer.

Although the host immune system is known to have conflicting roles in cancer initiation and progression, both acting as a surveillance and elimination system but also assisting expansion and metastatic spread of tumours, very little is known about the very early role of the immune system in cancer. Using zebrafish larvae, researchers at the University of Bristol, the University of Manchester and the FIRC Institute of Molecular Oncology in Milan have now been able to observe, for the first time, how oncogene-transformed cells in the skin co-opt the innate immune system to promote their growth from the very earliest stages of development. The team exploited the translucency of the larvae to obtain live images of the earliest interactions between the cancer cells and the immune environment. Using larvae with fluorescently tagged leukocytes, the team were able to observe recruitment of neutrophils and macrophages to oncogene-transformed melanocytes or mucus-secreting cells. As well as engulfment of the transformed cells, the team saw many examples of cytoplasmic tethers linking the two cell types.

Nickel allergy is one of the most common causes of allergic contact dermatitis and a team led by researchers at the University of Giessen have now shown that the response is linked to activation of a single receptor, toll-like receptor 4 (TLR4).

The family of toll-like receptors normally recognizes structurally similar molecules derived from microbial pathogens and plays a key role in host defense. The team showed that nickel directly activated human, but not mouse, TLR4 and studies with mutant proteins showed that non-conserved histidine residues at positions 456 and 458 were necessary for activation of human TLR4. Wild type mice do not show an allergy to nickel but transgenic mice expressing human, rather than mouse, TLR4 could be efficiently sensitized to the metal. This is the first time that an inorganic substance has been shown to activate this innate immune pathway and, since histidines 456 and 458 are not essential for responses to microbial lipopolysaccharide, the authors suggest that site-specific inhibition of TLR4 could provide a potential strategy for treatment of nickel allergy, which would not compromise normal immune responses. Nickel allergy affects millions of people and is often associated with earrings and jewellery for other body piercings.

The study is published in the journal Nature Immunology.

T-cell receptors are integral membrane proteins that recognise foreign antigens and initiate a series of intracellular signalling cascades that allow the immune system to fight infection. To avoid autoimmune diseases, T-cells must be able to discriminate between ‘self’ and ‘foreign’ antigens but this discrimination may also prevent the immune system from recognising and destroying tumour cells.

Researchers led by a team from the Max-Delbrück-Center for Molecular Medicine have now developed transgenic mice that produce T-cell receptors that recognise human cancer cell antigens and could potentially be introduced into the T cells of cancer patients. Using embryonic stem cells loaded with human DNA, the team generated transgenic mice that express the entire human T-cell repertoire. Negative selection normally removes maturing T-cells that are capable of binding strongly to ‘self’ antigens but the mouse does not recognise human cancer cell antigens as ‘self’ and T-cells expressing receptors to these antigens are allowed to survive. T-cells with such high affinity receptors for cancer cell antigens are not produced in humans and the researchers hope that introducing the high affinity receptors into the T-cells of cancer sufferers will boost the immune system’s ability to recognise and destroy tumour cells. A first clinical trial to evaluate the efficacy and tolerability of the methodology in cancer patients is planned. 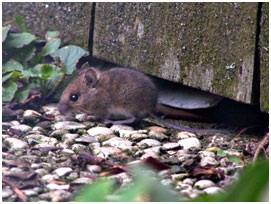 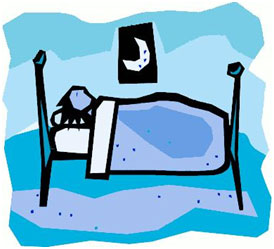