Earlier this year we reported on studies that identified genetic linkages to autism, a condition that comprises a spectrum of behavioural and cognitive disturbances of childhood development and is known to be highly heritable. Despite efforts to identify the genetic components, fewer than 10% of autism cases have been attributed to single gene disorders.

In new work from Duke University Medical Center, researchers have unexpectedly identified an epigenetic component of autism. The study revealed a genomic deletion containing the oxytocin receptor gene (OXTR), previously implicated in autism, in an autistic child and his mother (who exhibits symptoms of obsessive-compulsive disorder). The child’s sibling, also autistic, did not have the deletion but exhibited DNA methylation at CpG sites known to be involved in regulation of OXTR expression. Further analysis in a larger set of affected individuals confirmed a significant increase in methylation of these sites compared to controls and that this correlated with decreased expression of OXTR mRNA in temporal cortex tissue.

Oxytocin is a hormone secreted into the bloodstream from the brain, and also released within the brain, where it has a bearing on social interaction. Previous studies have shown that giving oxytocin can improve an autistic person’s social engagement behaviour and it is being explored as a potential treatment. Increased methylation of the oxytocin receptor gene may make a person less sensitive to the hormone and the results of this study, published in the journal BMC Medicine, could provide information about which individuals will respond better to treatment with oxytocin.

Epigenetics – the fine tuning of gene expression by factors other than the underlying DNA sequence – has important consequences for health and disease. Changes in gene expression caused by histone modification or DNA methylation play a key role in development and disease, and inhibitors of histone deacetylases have been developed to treat some forms of cancer.

US and Australian researchers have now produced the first detailed, single-base-resolution map of the human methylome which should lead to a better understanding of how gene expression is altered by diet and environment, and how these changes influence our health. The team compared the epigenomes of human embryonic stem cells with those of foetal lung fibroblasts and discovered a novel DNA methylation pattern unique to stem cells. In the differentiated fibroblasts, methylation was found to occur predominantly on cytosine residues that precede guanine in the DNA sequence (CpG sites), as expected. In the pluripotent stem cells, however, around 25% of methylation was at non-CpG sites. Non-CpG methylation has previously been detected in stem cells, but its prevalence had been difficult to judge since only small portions of the genome had been examined. Non-CpG methylation in the stem cells was often depleted at transcription start sites as well as at enhancer and transcription factor binding sites, and may have a role in the origin and maintenance of pluripotency.

To confirm their findings, the researchers examined methylation patterns in a second human stem cell line and in fibroblasts that had been transformed into induced pluripotent stem cells. Both showed the same high level of non-CpG methylation – which was lost when the cells were induced to differentiate. The results suggest that embryonic stem cells and differentiated cells may use different methylation mechanisms to regulate gene expression and provide a foundation for future studies on stem-cell based regenerative medicines and epigenetic modifications in human disease and development.

The study was published on October 14th in the advance online edition of the journal Nature. 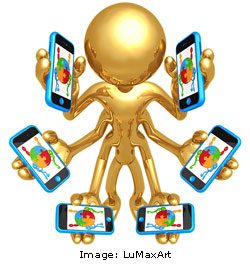 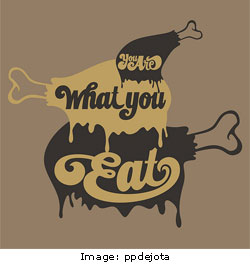