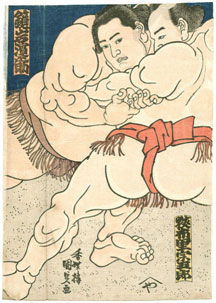 The formation of strengthening crosslinks in the triple-helical structure of collagen is crucial to its structure and function, but the exact nature of the crosslinks in collagen IV – which is found predominantly in basement membranes and forms supramolecular networks that influence cell adhesion, migration and differentiation – have been particularly difficult to establish. The extracellular networks are formed by oligomerisation of triple-helical subunits by end-to-end associations and by intertwining of triple helices. At the C-terminus, two subunits are covalently linked via their trimeric non-collagenous domains to form a hexamer structure which confers additional strength to the matrix. The crosslinks were initially thought to be disulfide bonds but, using a combination of high resolution mass spectrometry and NMR spectroscopy, researchers at Vanderbilt University Medical Center have now shown that the linkages are actually sulfilimine (-S=N-) bonds. Lys211 was found to be modified to hydroxylysine (Hyl211) and a double bond shown to connect the sulfur atom of Met93 to the nitrogen atom of Hyl211. This is the first time that a sulfilimine bond has been reported in a native biomolecule. The authors speculate that the sulfilimine crosslink may have arisen relatively early in evolution as an adaptation to the mechanical stresses on more complex organisms and they have now begun a search for the enzyme that carries out this transformation. Abnormalities in collagen IV have been linked to perinatal cerebral haemorrhage and the rare neurological disease, porencephaly, as well as to the autoimmune conditions, Alport syndrome and Goodpasture’s syndrome.