Researchers at Mount Sinai School of Medicine and France’s National Institute of Health and Medical Research (INSERM) have discovered a biomarker that could be applicable to a range of different cancers.

In a study of more than 1300 patients, the team found that the follicle stimulating hormone (FSH) receptor – which is normally present only at low levels in the blood vessels or the granulosa cells of the ovary and the Sertoli cells of the testis – is also expressed at higher levels in eleven different types of cancer. The receptor was absent in other normal tissues, including normal tissue from the organ bearing the tumour. Not only does the FSH receptor appear to be specific for endothelial cells in the vasculature surrounding tumour tissues, it is also present from the very early stages and is easily detectable using conventional imaging methods. In most cases, the blood vessels expressing FSH receptors were at the periphery of the tumour, in a layer about 10mm thick, making it a good target for improving cancer detection and also guiding surgery and radiation treatment. Blocking FSH receptor signalling, which stimulates angiogenesis via up-regulation of vascular endothelial growth factor, could also potentially provide a new strategy for developing anticancer drugs.

The study is published in The New England Journal of Medicine.

Selective COX-2 inhibitors were developed to minimise the adverse gastrointestinal effects seen with conventional NSAIDs and have provided effective pain relief for millions of arthritis patients. Long-term, high dosage use of some COX-2 inhibitors, however, was found to be associated with an increased risk of heart attacks and strokes, resulting in drug withdrawals. A clearer understanding of the mechanisms underlying the cardiovascular effects associated with COX-2 inhibitors would allow better risk/benefit assessment and could possibly lead to the development of safer inhibitors.

Researchers from the University of California, Davis and Beijing University have now shown that, in mice, oral administration of rofecoxib for 3 months leads to a more than 120-fold increase in the regulatory lipid, 20-hydroxyeicosatetraenoic acid (20-HETE) which correlates with a significantly shorter tail bleeding time. Further studies suggested that inhibition of COX-2-mediated 20-HETE degradation by rofecoxib may, at least in part, explain the increase in blood levels and shortened bleeding time and may also contribute to the cardiovascular side effects seen with rofecoxib. Although the relative importance of COX-2 in the metabolism of 20-HETE in man has not yet been determined, if it proves to be as important as in mice, blood levels of 20-HETE may be a good predictor of which patients are at higher risk of heart attack or stroke.

The study is published in the journal PNAS.

Nitrosylation of proteins is emerging as a key post-translational modification important in both normal physiology and a wide spectrum of diseases, including neurodegenerative diseases. Physiological levels of nitric oxide (NO) can be neuroprotective, in part at least, by inhibiting caspase activity, but excess NO production leads to activation of cell death signalling cascades involved in many neurodegenerative disorders. Neuronal cell injury and death, which are prominent features of disorders such as Alzheimer’s, Huntington’s, and Parkinson’s diseases, are often mediated by the caspase family of cysteine proteases. Caspase activity is inhibited by S-nitrosylation and is also regulated by inhibitors of apoptosis such as X-linked inhibitor of apoptosis (XIAP) which associates with active caspases and represses their catalytic activity. XIAP also functions as an E3 ubiquitin ligase, targeting caspases for degradation by the proteasome.

A team of scientists led by Sanford-Burnham researchers have now discovered a new twist in caspase regulation. They showed that S-nitrosylation of XIAP (forming SNO-XIAP) inhibits the protein’s E3 ligase and antiapoptotic activity and also found that XIAP can be transnitrosylated by SNO-caspase but not vice versa. They found significant amounts of SNO-XIAP, but not SNO-caspase, in the brains of individuals with neurodegenerative diseases, suggesting that SNO-XIAP contributes to neuronal injury or death. The team hope that their study, which is published in the journal Molecular Cell, might lead to better biomarkers and earlier diagnosis for neurodegenerative diseases. 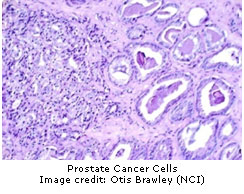