Selective serotonin reuptake inhibitors (SSRIs) such as fluoxetine (Prozac®) have been used to treat depression for more than three decades but researchers from INSERM and Hoffmann-La Roche have now shed new light on their mechanism of action. SSRIs are believed to act by inhibiting uptake of serotonin into presynaptic cells, thereby increasing the amount available in the synapse to bind to postsynaptic receptors. Typically, an ‘adaptation phase’ of several weeks is needed before the antidepressant effects are fully manifest and the new study helps to explain this latency. The study identified a key role for microRNA-16 (miR-16) in regulating expression of the serotonin transporter (SERT) which is responsible for the recapture of serotonin. Under normal conditions, SERT is present in serotonergic neurons where levels of miR-16 are low, but expression is silenced in noradrenergic cells by higher levels of miR-16; a reduction of miR-16 in noradrenergic cells causes de novo SERT synthesis.

In mice, chronic treatment with fluoxetine was shown to increase levels of miR-16 in serotonergic cells, leading to reduced SERT expression. The cells also released the neurotrophic factor S100β, which decreased miR-16 in noradrenergic cells, resulting in cells with a mixed phenotype that produced both noradrenaline and serotonin and which were sensitive to fluoxetine. Treatment with fluoxetine thus increases serotonin levels both by preventing reuptake by serotonergic neurons and by stimulating production by noradrenergic neurons through reduction of miR-16.

Stroke continues to be a major health issue and is a significant cause of death and disability. The recent introduction of clot-dissolving therapies has had a significant impact on survival, although the narrow window of opportunity for successful treatment remains a challenge. For those surviving stroke, the period immediately following is critical for recovery of physical and cognitive abilities. There has therefore been much interest in treatments that will aid the spontaneous recovery of function observed in the first few months following a stroke. Researchers at Carver College of Medicine and College of Public Health (Ms Acion), University of Iowa, Iowa City, have now reported results from a clinical trial with escitalopram, a selective serotonin-reuptake inhibitor (SSRI) antidepressant. The team hypothesised that treatment with antidepressants may be beneficial because of their ability to stimulate production of compounds essential for nerve growth.

In the randomised trial, 43 patients were assigned to take 5 to 10 milligrams of escitalopram daily, 45 to take placebo daily and 41 to participate in a problem-solving therapy program developed for patients with depression. After 12 weeks of treatment, patients taking escitalopram had higher scores on neuropsychological tests assessing overall cognitive function, specifically on those measuring verbal and visual memory. The beneficial effect of escitalopram on cognitive recovery was independent of its effect on depressive symptoms and was not influenced by stroke type or mechanism of ischemic stroke. In addition, escitalopram was well tolerated and the frequency of adverse effects similar to those of patients receiving placebo.

The authors of the study, published in the February issue of Archives of General Psychiatry, suggest that the utility of antidepressant therapy in post-stroke recovery warrants further investigation. 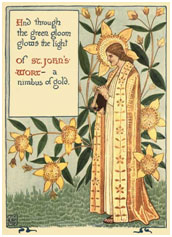 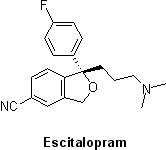