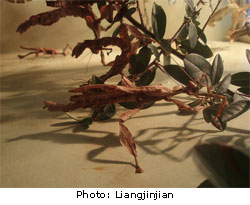 Since the late 1980s, when nitric oxide (NO) was first shown to play a physiological role in mammals, this small molecule has been found to be a key mediator of an extraordinary variety of biological processes including blood pressure regulation, learning and memory, penile erection, digestion and the fighting of infection and cancer. Researchers at NYU School of Medicine have shown that bacteria also use NO to protect against oxidative stress and a new study by the same team shows that a broad spectrum of antibacterial drugs kill bacteria (at least in part) by inducing oxidative stress and that this effect is opposed by NO.

As well as opposing the antibacterial effects of oxidative stress, NO also reduced the effectiveness of antibiotics by chemical modifications that resulted in detoxification. Antibiotics were found to be more potent when the NO-mediated bacterial defence was eliminated, suggesting that co-administration of an inhibitor of NO-synthase could increase the effectiveness of existing antibiotics and might make antibiotic-resistant bacteria such as MRSA and anthrax more sensitive to available drugs during acute infection.

The study was published on September 11th in the journal Science.