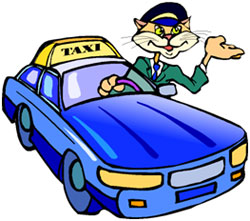 Toxoplasmosis is a parasitic disease caused by infection with the protozoan, Toxoplasma gondii, whose primary hosts are members of the cat family. Infection of humans usually results from consumption of contaminated water, unwashed vegetables or undercooked meat, or from contact with cat faeces. The incidence of human infection varies widely in different countries and, in both acute and latent infections, symptoms are typically mild and often go unnoticed. The latent phase in humans has, however, been associated with behavioural changes and neurological disorders, including increased reaction times. Recent studies have suggested a protective effect of the rhesus factor (RhD antigen) against the negative effects of latent T. gondii infection on reaction times, especially in heterozygous individuals. Uninfected RhD negative men have faster reaction times than uninfected RhD positive men, but heterozygous men with both positive and negative alleles are protected from prolongation of reaction times caused by T. gondii infection.

A study published in the journal BMC Infectious Diseases now suggests that drivers who are rhesus factor (RhD antigen) negative and infected with T. gondii are more likely to be involved in road traffic accidents. Although this is not the first time that an association between toxoplasmosis and driving impairment has been suggested, it is the first prospective study to examine the link, and to consider the effect of RhD phenotype. Almost 4000 Czech male military drivers were tested for T. gondii infection and RhD phenotype at the beginning of a 12-18 months period of compulsory military service. The men were not told whether they were infected or not and were also not told that the incidence of traffic accidents would be monitored. By correlating infection data and RhD phenotype with subsequent traffic accidents reports from military police records, the authors confirmed an increased risk of accidents in infected men, and also demonstrated a protective effect of being RhD positive against this risk. When corrected for factors such as the age of the driver and date of military service, the probability of a traffic accident was found to be higher for RhD negative drivers with high titres of antibodies against T. gondii than for uninfected drivers or for drivers who were RhD positive. Whilst recognising the absence of genotypic data as a limitation of the present study – earlier studies had shown that protection against the deleterious effects of T. gondii infection is largely restricted to heterozygotes – the authors suggest that RhD negative individuals with occupations that need fast reaction times, such as pilots and air traffic controllers, should be regularly tested for infection with T. gondii.

The RhD protein, found on the surface of red blood cells in around 85% of North Americans and Europeans, is highly immunogenic and used to be responsible for a complication of pregnancy. If an RhD negative woman with RhD antibodies – as a result of a blood transfusion or earlier pregnancy –is carrying a baby which is RhD positive as a result of a gene inherited from the father, maternal antibodies will mount an immune response against the red blood cells of the baby. Structural homology data suggest that the RhD protein may act as an ion pump although its function is largely unknown. The authors suggest that the incidence of RhD alleles in human populations may be linked to the advantages conferred to heterozygotes in the presence of endemic T. gondii.