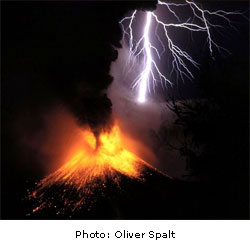 Although highly active antiretroviral therapy (HAART) has proved effective at controlling HIV-1 replication, eradication of the virus from an infected individual cannot be achieved with current treatments. Latently infected, resting memory CD4+ T-cells and macrophages act as reservoirs for the virus and so called “shock and kill” strategies (activation of HIV-1 in the presence of HAART to block viral spread followed by stimuli leading to cell death) have been proposed to eradicate the virus. Histone deacetylase inhibitors (HDACIs) have been shown to be effective for the “shock” phase, but their use is limited by toxicity at the levels needed for viral reactivation.

A team of Italian researchers looked for ways to improve the effectiveness of HDACIs and found that adding buthionine sulfoximine (BSO) to class I HDACIs reduced the concentration of HDACI needed to reactivate HIV-1 in cell culture experiments. The team hypothesised that, since HIV-1 transcription is enhanced by oxidative stress, glutathione depletion might create an intracellular environment that facilitates HIV-1 activation by HDACIs. BSO inhibits γ-glutamylcysteine synthetase, the rate limiting enzyme in glutathione synthesis, and has been studied as an adjunct to chemotherapy.

At non-toxic concentrations, class I HDACIs only reactivated virus in some of the cells but, when BSO was added, all of the cells responded and were killed. MS-275, a class I HDACI currently undergoing clinical trials for the treatment of cancer, was one of the compounds found to reactivate HIV-1 more effectively in the presence of BSO. The combination showed low toxicity in uninfected cells.

Although much more work needs to be done, the authors hope that their research may open up new avenues in the search for ways to completely eliminate HIV-1-infected cells from the body.

The study is published in the journal Retrovirology.