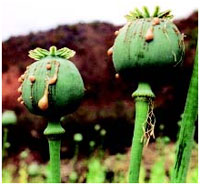 Morphine was first extracted from the opium poppy in the early years of the nineteenth century and is still the drug of choice for the treatment of severe acute and chronic pain. Paradoxically, chronic morphine use can lead to reduced analgesia and even increased pain sensitivity. A study by researchers at the Leiden University Medical Center and the City University of New York, published in the June edition of the journal Anesthesiology now provides further insights into why this happens. Initially, engagement of opioid receptors was believed to be critical for opioid-induced hyperalgesia but, more recently, morphine has been shown to increase pain sensitivity in triple knockout mice lacking μ-, κ-, and δ-opioid receptors. Hyperalgesia has also been observed in normal mice during co-administration with the non-selective opioid receptor antagonist, naltrexone. In humans, morphine is metabolised primarily to morphine-3-glucuronide (M3G) and morphine-6-glucuronide (M6G). M3G has no analgesic effect and accumulation of M3G has been suggested to underlie morphine hyperalgesia in humans. M6G, on the other hand, has analgesic properties similar to those of morphine although some earlier studies had indicated that it can also increase pain sensitivity in both mice and humans. 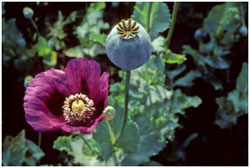