Two viruses from the Henipavirus genus, Nipah (NiV) and Hendra (HeV), are recently emerged zoonitic (transmissible from animals to humans) paramyxoviruses that cause encephalitis in humans. HeV, previously known as equine morbillivirus, emerged as the causative agent of an outbreak of fatal respiratory disease in horses and man in Australia in 1994. NiV emerged in 1998/1999 in Malaysia and Singapore causing fatal encephalitis in humans. Human fatality rates can be as high as 75%. 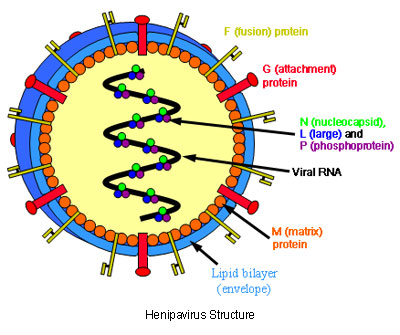 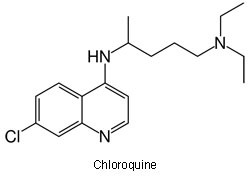 Researchers at Weill Medical College of Cornell University, Australian Animal Health Laboratory, University of Tennessee Health Science Center and Rockefeller University have now developed a high-throughput assay that is able to identify inhibitors that target several stages of the viral life cycle. Their initial screen showed that chloroquine, approved for malaria treatment, inhibited infection with live HeV and NiV at a concentration of 1µM in vitro (IC50=2µM), lower than the plasma concentrations present in humans receiving chloroquine treatment for malaria.

The scientists speculate that the mechanism of action of chloroquine is likely to be inhibition of cathepsin L, a host enzyme essential for processing of the viral fusion glycoprotein and maturation of newly budding virions. In the absence of this processing step, virions are not infectious. Chloroquine has previously been shown to suppress the activity of cathepsin L.

The authors of the current study, published online ahead of print in the Journal of Virology, suggest that the established safety profile and broad experience with chloroquine in humans should provide an option for treating individuals infected by these deadly viruses.