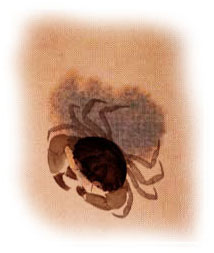 Although melanoma is one of the rarer forms of skin cancer, it causes the majority of skin cancer-related deaths – around 50,000 worldwide each year. Early diagnosis and surgical removal of the lesion whilst it is limited to the uppermost layer of the skin is currently the most effective treatment for melanoma. Prognosis is very poor if the cancer has progressed to the deeper layers of the skin or spread to other tissues: limited treatment options are available and expected survival is only six to nine months.

Elesclomol is a first-in-class oxidative stress inducer that triggers apoptosis (programmed cell death) in cancer cells. Oxidative stress is the result of an accumulation of reactive oxygen species such as superoxide, hydrogen peroxide and hydroxide radicals within the cell. Reactive oxygen species are normal products of cell metabolism and play a role in cell signalling but high levels can lead to oxidative stress, resulting in significant damage to the cell or cell death. Normal cells are able to protect themselves against this damage by using enzymes to remove the reactive species and repair any damage, but many types of cancer cells have a diminished anti-oxidant capacity and typically operate under higher levels of oxidative stress than normal cells. This leaves cancer cells especially vulnerable to increases in oxidative stress.

Elesclomol exploits this difference between cancer cells and normal cells and is able to induce apoptosis in cancer cells whilst having little or no effect on cancer cells. Elesclomol showed potent anti-cancer activity against a broad range of cancer cell types and enhanced the efficacy of certain chemotherapy agents with minimal additional toxicity.

In a double-blind, randomised, controlled Phase IIb study in 81 patients with stage IV metastatic melanoma, elesclomol in combination with paclitaxel doubled the median time patients survived without their disease progressing, compared to paclitaxel alone. Elesclomol is being developed and commercialised in partnership with GlaxoSmithKline and is also being investigated as a treatment for other cancers.