Sigma-1 receptors are widely distributed throughout the body, especially within some areas of the brain, and have been linked to a number of pharmacological activities. Although the endogenous ligand for the sigma-1 receptor had not been identified, synthetic agonists have been linked to beneficial effects on cognition and learning, whilst antagonists have been shown to be effective in some models of pain and to induce apoptosis in susceptible cell types. 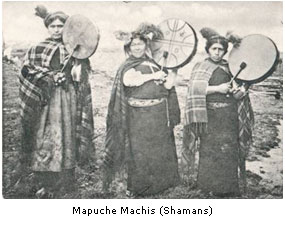 Scientists have long been searching for naturally occurring ligands for the sigma-1 receptor and a team led by researchers at the University of Wisconsin has now identified a component of plants traditionally used in shamanic rituals in South America as a natural ligand. The active ingredient, N,N-dimethyltryptamine (DMT), is hallucinogenic and also occurs naturally in the body. Although its function is not understood, higher levels have been found in the urine of schizophrenics.

Biochemical, physiological and behavioural studies proved that DMT acts as an agonist of the receptor and, although it is not known whether the sigma-1 receptor is connected to the hallucinogenic activity of DMT, the authors hope that their discovery could have implications for the treatment of drug abuse and depression. The study is published in the February 13th issue of the journal Science.