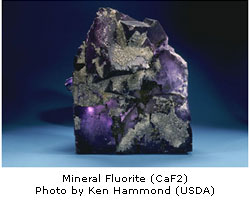 One of the earliest fluorine-containing drugs was the antineoplastic agent, 5-fluorouracil, which was first synthesised in the 1950s. Since then, medicinal chemists have continued to add fluorine atoms to molecules and around 20% of modern drugs, including atorvastatin (Lipitor™), lansoprazole (Prevacid™) and fluoxetine (Prozac™), contain fluorine atoms. Fluorine substitution has evolved as a preferred strategy in the drug discovery process for a number of reasons. Quite often, fluorine is introduced to improve metabolic stability by blocking metabolically labile sites. Replacing hydrogen with fluorine can also have a dramatic effect on biological activity by changing lipophilicity and basicity. Incorporation of one or more fluorine atoms may also have a significant effect on conformation and, increasingly, is being used as a way to enhance binding affinity for the target protein. Despite the beneficial effects of incorporating fluorine atoms and the large number of medicines that contain fluorine, selective fluorination reactions are rarely straightforward and often employ expensive, dangerous and difficult-to-use reagents.

Although bacteria are a rich source of compounds that can form starting points for drug discovery, very few bacteria are able to produce molecules containing fluorine atoms – a notable exception is the soil bacterium, Streptomyces cattleya. Now researchers at the University of St Andrews have recreated the process by which S. cattleya synthesises fluorinated molecules. The bacterium produces a fluorinase which was first isolated by the group in 2002. This enzyme is unusual in that it can catalyse the formation of a C–F bond from inorganic fluoride. In the present study, the fluorinase, together with four other enzymes from the bacterium, was over-expressed and the resulting enzyme cocktail shown to be capable of synthesising a fluorinated amino acid, 4-fluoro threonine, from the mineral source, fluoride. The process is environmentally friendly, operates in water, and does not have particular waste or toxicology hazards. The paper is published in full in the journal Chemistry & Biology.