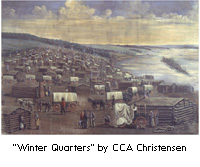 Seasonal affective disorder (SAD) is thought to be caused primarily by reduced levels of daylight that occur during the winter months. For more than 20 years, bright white light therapy has been used to treat SAD, although this is not effective for all sufferers. Improved ways to use light therapy focusing on timing and exposure have been described in the November issue of the Harvard Mental Health Letter.

The researchers report that remission from SAD is more likely if light therapy is precisely timed to coincide with the patient’s melatonin rhythms. ‘Dawn stimulation’, in which a preset light turns on before the patient wakes and gradually increases in intensity was found to be effective in a small study group. It was also found that cells in the retina are especially sensitive to blue light, suggesting that this wavelength may have a more powerful effect on circadian rhythms.

Another study, published in Journal of Affective Disorders suggests that a recently discovered mutation in melanopsin, a photo-pigment in the eye, may make SAD patients less sensitive to light. Melanopsin is a light-sensitive protein that is not involved with vision, but is linked to many non-visual responses such as control of circadian rhythms and hormones, and regulation of alertness and sleep. Understanding the basis for reduced responsiveness to light in people who suffer from SAD may help to improve treatments.