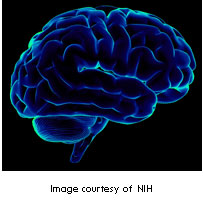 Paclitaxel is highly effective for the treatment of cancers of the lung, ovary, breast, and head and neck. The efficacy of paclitaxel in treating malignant gliomas (cancers of the brain and spine) and brain metastases, however, is severely compromised by the relative inability of the drug to cross the blood-brain barrier. Cancers of the brain are very difficult to treat, and the prognosis for patients is generally poor. A new drug delivery system has been developed to increase the effectiveness of paclitaxel in treating brain tumours. Three paclitaxel molecules were joined by a cleavable succinyl ester linkage to a brain peptide vector, Angiopep, to provide a paclitaxel-Angiopep conjugate named ANG1005. ANG1005 enters the brain to a much greater extent than paclitaxel, and leads to a significant increase in survival of mice with intracerebral implantation of U87 MG glioblastoma cells.

Preliminary data have recently been released showing that initial doses of ANG1005 are safe and well tolerated in brain cancer patients. Two parallel phase I/II studies are being carried out, one in patients with recurrent glioblastoma and the other in patients with brain metastases. ANG1005 is administered by intravenous infusion for 1 hour every 21 days. The studies aim to determine safety, tolerability and maximum tolerated dose, as well as giving preliminary pharmacokinetic and efficacy data. Both studies involve around 30 patients and top-line data are expected by the end of 2008.

The Angiopep vector system may provide a way of effectively transporting other drugs, including antibodies, siRNA, peptides and small molecules, across the blood-brain barrier to improve the treatment of a variety of CNS disorders.