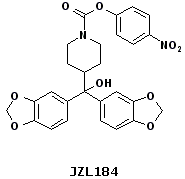 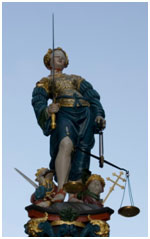 P2X7 receptors are cation-permeable, ATP-gated ion channels found on cells of immunological origin, including peripheral macrophages and glial cells in the CNS. Studies in P2X7 receptor knockout mice have suggested a specific role in inflammatory and neuropathic pain states, and there has been considerable interest in developing P2X7 receptor-selective antagonists for the treatment of inflammatory conditions and pain.

A report in the Oct 22 early edition of PNAS, however, suggests that direct blocking of P2X7 receptors may not be the best strategy for reducing pain or lessening neuronal degeneration. The report shows that P2X7 receptors in satellite cells play a crucial role in maintaining proper P2X3 receptor expression in dorsal root ganglia. Reducing P2X7 receptor expression using siRNA, or blocking P2X7 receptor activity by antagonists, was found to cause up-regulation of P2X3 receptors, leading to increased activity of sensory neurons responding to painful stimuli and evoking abnormal nociceptive behaviours in rats.

Until very recently, prostatic acid phophatase (PAP) was thought to be a secreted protein found only in the prostate and used as a diagnostic marker for prostate cancer. Little was known about the function of PAP in vivo, or which was its most relevant physiological substrate. The identity of thiamine monophosphatase (TMPase), a classic histochemical marker of small-diameter dorsal root ganglia neurons was also unknown. 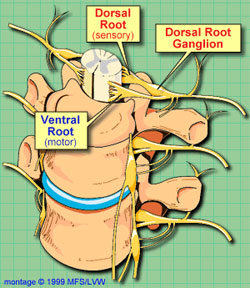 An article in the journal Neuron now shows that TMPase is identical to the transmembrane isoform of PAP. The report also describes PAP knockout mice which have enhanced sensitivity in chronic inflammatory and neuropathic pain models. Further evidence of the involvement of PAP in nociception was provided when an intraspinal injection of PAP was shown to suppress pain as effectively as the opioid analgaesic, morphine, but with an effect that lasted much longer (3 days vs 5 hours). PAP suppresses pain by dephosphorylating extracellular adenosine monophosphate (AMP), liberating adenosine which then activates adenosine A1 receptors in dorsal spinal cord. High intrathecal doses of morphine and high doses of A1 receptor agonists cause motor impairment, but no such adverse effects were seen at the highest doses of PAP tested. PAP has a long half life in blood and the present results suggest that PAP is stable in the spinal cord and is capable of generating adenosine for days. The study suggests that modulating the activity of PAP may provide a new option for the treatment of chronic pain.