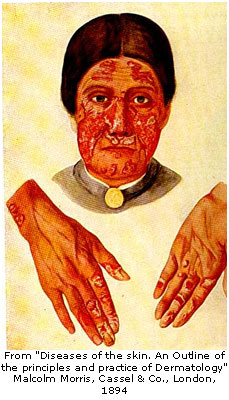 Cyclosporin A (CsA) and tacrolimus (FK-506) are immunosuppressive drugs used to prevent rejection after allogeneic organ transplants. The drugs bind to specific immunophilins and the resulting complexes (IS-IP complexes) then inhibit calcineurin (CN) and hence production of interleukin-2 (IL-2), a cytokine instrumental in discriminating between self and non-self. Although both CsA and tacrolimus provide benefit in terms of patient and graft survival following transplantation, their potential for treating chronic inflammatory diseases is restricted by adverse side effects.

New research into the mechanism of action of these drugs, led by researchers at the Centro Nacional de Investigaciones Cardiovasculares in Madrid and published in the journal Molecular Cell, however, may offer the promise of safer immunosuppressants.

Previous work had shown that the phosphatase CN regulates a transcription factor known as nuclear factor of activated T cells (NFAT). The physical interaction between CN and NFAT is an essential step in the activation of NFAT-dependent genes by calcium signals, and the new study was designed to investigate how NFAT and IS-IP complexes interact with CN. The research showed that both NFAT and IS-IP complexes compete for the same hydrophobic pocket at the interface of the two calcineurin subunits, and identified small peptides that bind to this site. Identification of compounds that interact specifically with this binding site could lead to the discovery of less toxic immunosuppressants since at least some of the side effects of CsA and tacrolimus are thought to be related to formation of the IS-IP complex and to be independent of CN. 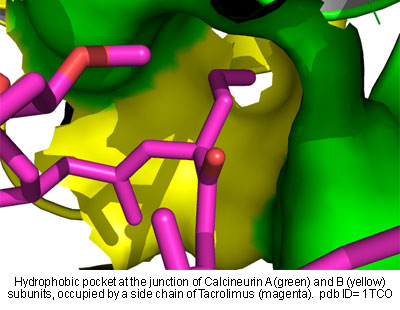 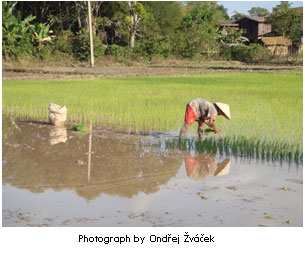 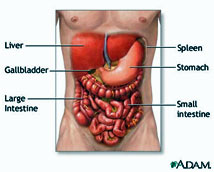