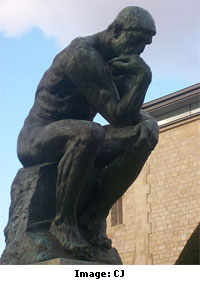 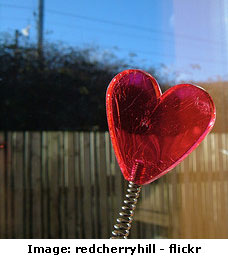 Recent research has shown that gene expression can be regulated at the level of mRNA by riboswitches. A riboswitch is an aptamer region on an mRNA molecule that can specifically bind a small effector molecule, causing changes in the structure of the expression platform and so regulating the activity of the mRNA. Riboswitches most usually switch off the ability of mRNA to carry out protein synthesis but can also switch it on. A variety of riboswitch classes have been identified, with most of the examples being discovered in bacteria including E. coli and streptococcus as well as bacteria causing anthrax, gonorrhoea, meningitis and dysentry. 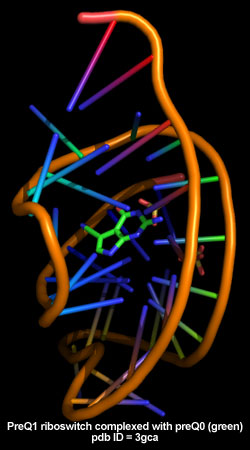 Researchers at the University of Rochester Medical Center have now solved the crystal structure of the smallest known riboswitch, the preQ1 riboswitch. The preQ1 riboswitch controls the ability of bacteria to produce queuosine (Q), a molecule which enables accurate gene expression by overcoming an inbuilt defect in the mRNA-ribosome-tRNA system known as tRNA wobble, and which is essential for the survival of many important pathological bacteria. The preQ1 riboswitch ‘senses’ the level of preQ1, a precursor to Q. If too much preQ1 is present, genes responsible for producing preQ1, or for its transport, are shut down. The preQ1 precursor, known as preQ0, has the same effect in reducing production of Q. One gene that is regulated by the preQ1 riboswitch is that which codes for the enzyme queF, which converts preQ0 into preQ1.

The structure of the preQ1 riboswitch from Thermoanaerobacter tengcongensis complexed with preQ0 shows preQ0 bound in a buried pocket. The structure also reveals how the first base of the mRNA ribosome binding site binds to a loop of the riboswitch, and how the loop end of the preQ1 riboswitch aptamer domain binds to preQ0. Binding of the preQ1 aptamer loop to the first base in the ribosome binding site was found to be mediated by a standard G to C base pairing interaction. The preQ1 aptamer (34 nucleotides) is about 2.5-fold shorter than functionally related riboswitches that recognize similar metabolites.

An understanding of how bacterial species sequester their ribosome binding sites using divergent preQ1 riboswitch aptamers could lead to the design of a new class of antibiotics. There is evidence that some existing antibiotics act – in part at least – by targeting riboswitches and, since riboswitches have not yet been found in human cells, the hope is that antibiotics acting on riboswitches will have a low propensity for side effects. The study is published in the Journal of Biological Chemistry.

Animal parasites such as malaria have complex life cycles and, so far, most attempts to control infection have centred on preventing the parasite from entering host cells. Writing in the journal Science, a team led by Dr Doron Greenbaum at the University of Pennsylvania has now focussed on an alternative treatment approach – locking the parasites inside the host cell. The team found that Plasmodium falciparum,

the species responsible for the majority of human infections, and also the one that causes the most virulent form of malaria, uses a host protease to escape from cells. The protozoa replicate within a vacuole in infected cells and must escape to begin a new lytic cycle. The team used a variety of techniques to show that P falciparum makes use of host cell calpain proteases to facilitate escape.

The team were also interested to find out whether the distantly related parasite, Toxoplasma gondii adopts a similar strategy. Disease caused by T gondii infection is usually mild and self-limiting, but can be fatal to the unborn child if contracted during pregnancy. They found that in the absence of calpain, the parasites could not escape the infected cell, just as they had observed for malaria parasites.

Greenbaum plans to continue to explore the practicality of calpain as a target for anti-parasitic drugs. P falciparum has become increasingly resistant to anti-malarial drugs and targeting a host protein may afford less scope for the development of resistance. Calpains are a family of calcium-dependent cysteine proteases whose physiological roles are poorly understood. 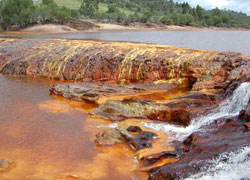 Sézary’s disease is an aggressive and ultimately fatal type of cutaneous T-cell lymphoma that is resistant to currently available treatments. Apoptosis resistance in leukemias and lymphomas is mediated by aberrant signalling of the NF-κB pathway. The researchers have demonstrated that cell death of cutaneous T-cell lymphoma cell lines induced by inhibition of the NF-κB pathway is a result of increased free intracellular iron and reactive oxygen species (ROS). Using T-cells from Sézary patients they show that inhibition of constitutively active NF-κB causes down-regulation of ferritin heavy chain (FHC) that leads to an increase of free intracellular iron, which, in turn, induces massive generation of ROS. The involvement of FHC was confirmed by direct down-regulation using siRNA.

Importantly, T cells isolated from healthy donors do not display down-regulation of FHC and, therefore, do not show an increase in iron and cell death upon NF-κB inhibition.

The work, published in the journal Cancer Research, suggests FHC as a novel target for therapeutic intervention in lymphoma. 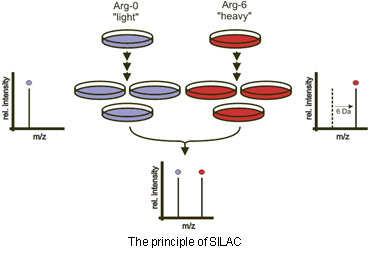