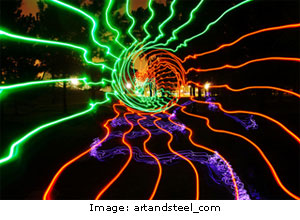 The team found that, whereas transgenic mice that overexpress a mutated form of human amyloid precursor protein (APP) perform poorly in learning and memory tests, mice that overexpress APP but also lack nicotinic α-7 receptors perform as well as wild type mice. β-Amyloid disrupts the function of nicotinic α-7 receptors and is believed to accumulate in neurons via high affinity binding to the receptors. Agonist stimulation of α-7 receptors could thus restore impaired or altered intracellular signalling caused by β-amyloid and, by desensitisation or competitive binding, could also prevent internalisation of β-amyloid. Although it is likely that α-7 receptor antagonists would also prevent internalisation of β-amyloid, there is currently little other information to support the development of antagonists, especially given the toxicities of known α-7 receptor antagonists such as α-bungarotoxin and methyllycaconitine.