There are no medicines that can prevent Alzheimer’s disease and current drugs ease symptoms but do little to stop progression of the disease. There is consequently much current interest in whether lifestyle choices or herbal remedies can prevent or alter the course of Alzheimer’s disease. Two recent reports describe the effect of marijuana-like compounds in elderly rats and extracts of Gingko Biloba in elderly humans. 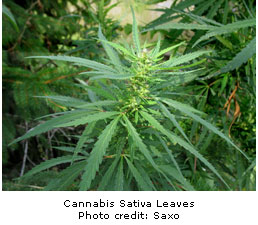 Previous work has suggested that people who regularly smoked marijuana in the 1960s and 1970s are less likely to develop Alzheimer’s disease in later life. Now scientists at Ohio State University have described details of how constituents of marijuana can combat inflammation and possibly stimulate neurogenesis. The team had found that treatment with WIN-55212-2, a compound with similar pharmacological properties to tetrahydrocannabinol (THC), made a small improvement to the ability of elderly rats to perform memory tests. They then went on to look at how the drug was working, and showed that it lowered inflammation in the hippocampus by acting on the TRPV1 receptor. The team also showed that the action of WIN-55212-2 on CB1 and CB2 receptors led to the generation of new brain cells. The group are continuing to investigate which receptors are most important for reducing inflammation and stimulating neurogenesis. This knowledge could lead to the discovery of new drugs to reduce inflammation and increase the production of new neurons before memory loss becomes apparent.

WIN55212-2 is a full agonist at the CB1 receptor and is not approved as a drug since it elicits cannabis-like effects in humans. 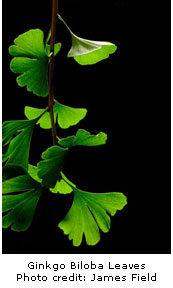 A second report discusses the results of the first randomized, double-blind trial to assess the effectiveness of Ginkgo biloba in reducing the incidence of dementia. Ginkgo is an antioxidant that helps to protect cells in vitro from oxidative damage. Some studies have suggested that ginkgo may also protect against the toxic effects of β-amyloid. Although previous clinical trials of ginkgo leaf extracts have had mixed results, many older people continue to use the herb in the hope of warding off the onset of Alzheimer’s disease. The new study, however, has shown that ginkgo gave no benefit in reducing all-cause dementia or Alzheimer’s dementia. The study involved more than 3000 men and women aged 75 or older who were randomised to placebo or treatment groups. The treated group received 120mg ginkgo twice a day for an average of 6 years. At the end of the study, dementia developed in 246 people taking ginkgo compared with 277 people in the placebo group. The authors note that an effect may have been seen had the study carried on for longer since it is known that there is a significant time lag between initial brain changes and the manifestation of clinical dementia.